The Culture and History of Uji Tea

The cultivation of tea in Uji is said to have its origins at the beginning of the 13th century, during the Kamakura Period. Blessed with good soil quality and topography, among other favorable conditions, tea cultivation in Uji rapidly expanded.
The custom of tea drinking began to spread during the mid-1400s. Uji tea was considered a first-class gift, and the tea-guessing game “Tocha” was created.
Eventually, tea drinking and cuisine were combined. “Cha no Yu,” tea ceremony prizing tea ceremony tools and sitting room ornamentation, was developed and was spread through Japan by merchants and others.
In the 15th century, Uji became as big a tea producer as the famed Toganoo in Kyoto. The tea plantation “Oku no Yama,” one of Uji’s “Seven Famous Gardens”, was founded during the Muromachi Period, and is still present in Uji today. 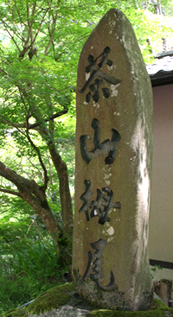 Toganoo is the name of a tea-producing mountain from the Kamakura to Muromachi Periods, and is considered the birthplace of Uji Tea.

A new method of tea cultivation called “?ishita Saibai” was developed in Uji in the latter half of the 16th century. This method produced tea with vivid, dark green leaves and a strong flavor. It earned the value of best in Japan, and it is said that this tea was used to produce the first batch of matcha, Japan’s famous powdered green tea.
This matcha was essential to Sen no Riky?’s successful “Cha no Yu”, and so he had sought those quality improvements. The setting of tea ceremony, the tea room, was built as a place where guests were entertained with tea and food. The Taian tea room in Myokian Temple (?yamazaki Town, Kyoto), attributed to Sen no Riky?, and tea rooms and plantains of his Three Senke Tea Schools (The Omote-Senke School, The Ura-Senke School, and The Mushakoji-Senke School) still considered very culturally significant properties.
At the beginning of the 17th century, 3rd Shogunate Tokugawa Iemitsu commanded the Kanbayashi family of Uji to create high quality tea for both presentation to the court and for the Shogun’s personal use. He then institutionalized the “Chatsubo-Dochu” (lit. “Tea Pot Journey”) to deliver new tea to Edo (present-day Tokyo). This road was in commission for 250 years. As the principal leaders of the Chatsubo-Dochu, the tea masters of Uji continued supporting the culture of Japanese tea for a long time. The homes and workshops of these tea masters are still lined up on Uji Bashidori in Uji City, evoking a feeling of times past.

The Birthplace of Nagatani Soen

At the start of the 17th century, as Japan passed into the Edo Period, Monk Ingen of Manpuku-ji Temple spread kamairi , the “roast and roll” method of tea preparation, throughout Japan. Halfway through the Edo Period (around the mid-18th century), Nagatani S?en of Uji’s Tawara-Yuyatani area created The Uji Method (Uji Sehou, also known as Aoseisenchahou). This groundbreaking method of tea preparation involved crumple-drying boiled tea buds over a dedicated tea-drying furnace.
Tea produced with this method was first sold in only in Edo, where it sold well and became quite popular. Afterwards, it earned a favorable reception in all other areas of Japan, and the Uji Method’s use spread throughout other tea-producing areas. Even today, the Uji Method is the main method used in Japan.

Furthermore, at the end of the Edo Period, “gyokuro” (high quality green tea) was created in Uji by using the Uji Method to prepare tea grown in the Oishita Saibai method. Drinking gyokuro and sencha (middle-grade tea) at tea parties spread among the cultured in Kyoto, and tea ceremony rooms that used sencha exclusively were created.
From the last days of the Tokugawa Shogunate to the beginning of the Meiji Period (around the early 19th century), Uji tea became a major part of Japan’s export industry, and work began on a supply of high quality tea specifically for trade. Land in the Yamashiro area of Kyoto, including Wazuka Town and Minami Yamashiro Village, was cleared for tea cultivation. One can see many outstanding tea plantations in this area, now called “Yamanari Kaikon.” 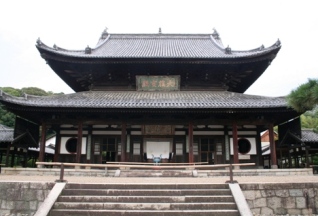 The main building of the Manpuku-ji Temple Complex, it is also the largest. This building is the only one of its kind in Japan, being made nearly exclusively of teak, and so is an incredibly important national treasure.

In the second half of the Meiji Period, a national market for Uji tea was created, and through mail-order purchasing, tea became an integral part of the lives of ordinary households. In addition, making the best use of its peerless processing and blending techniques, multiple high-quality teas were developed. The reputation of Uji tea was decided.